From the very beginning, Piedmont Chapel has been focused on helping all people find new life in Christ. 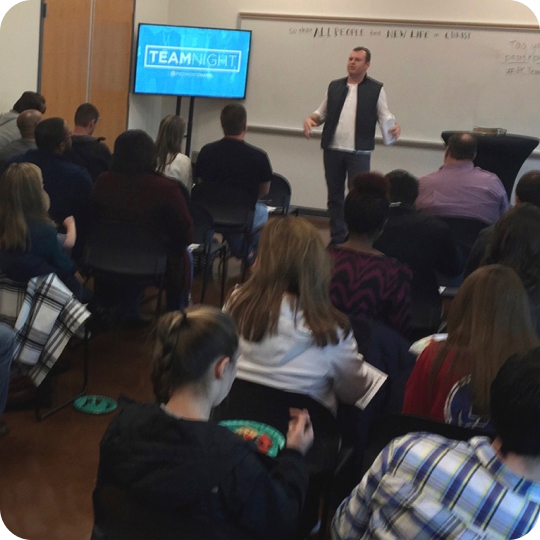 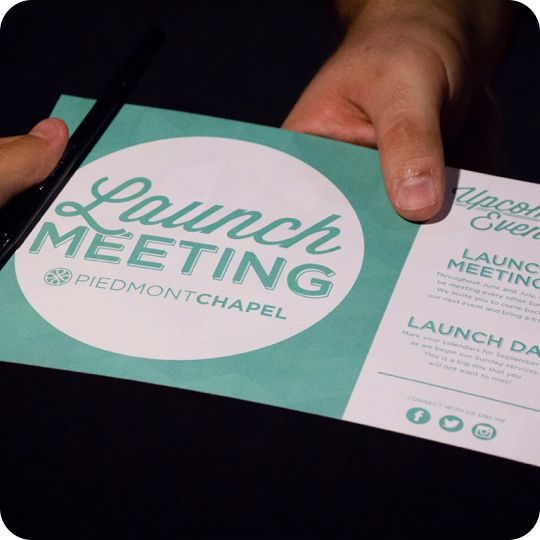 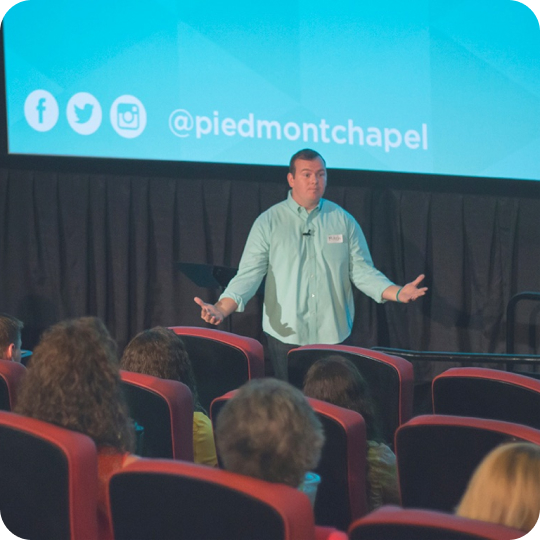 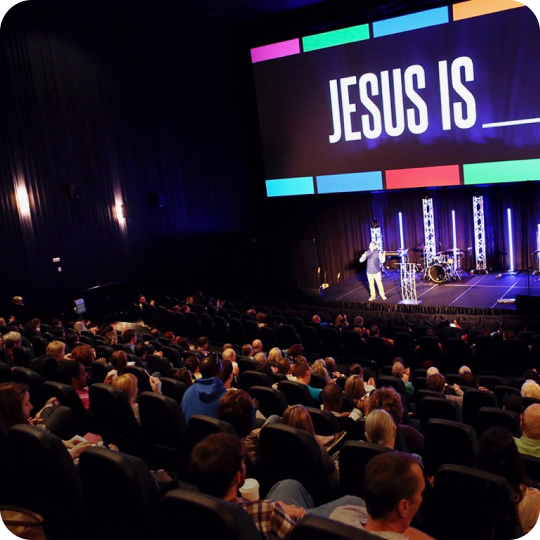 In 2013, a small group of seminary students felt God calling them to start a church devoted to helping all people find new life in Christ. Led by Pastor Mitch Lunceford and his wife Whitney, they began planning a church that would intentionally cross cultural and generational boundaries, one that would bring people from all walks of life together into the family of Christ.

The idea proved contagious and, in early 2014, a group of 11 families relocated to the Piedmont Triad to turn this vision into a reality. After an initial public interest meeting that drew 36 people to a high school library, Piedmont Chapel officially launched on September 7th, 2014, in the Four Seasons Grand Theatre of Greensboro. Teams of volunteers transformed the movie theater every Sunday into a place of worship and community, a place where people of all races and beliefs could come and encounter God.

It wasn’t long before that small group of 36 had grown into a thriving congregation of 500 people. Services expanded to include two worship gatherings each Sunday, a vibrant kids' ministry, numerous small groups, an online streaming campus, and large community outreach events.

After two years of continual growth, Sunday morning attendance surpassed the capacities of the Grand Theatre and, in January 2017, Piedmont Chapel relocated to Southwest Guilford High School. It was here that the vision was first introduced to purchase land at 908 Gallimore Dairy Road with plans to build a new building in the future. This vision became closer to reality in January 2019 when this property was purchased through the faithful giving of the church body.

In March 2021, following the events of the Covid-19 pandemic, the convention center of the Embassy Suites in Greensboro was chosen as a new location where the church could gather together and more forward. This space is still home to Piedmont Chapel worship gatherings today. Meanwhile, vision for building a new, permanent facility on Gallimore Dairy Road is being shared through the "Welcome Home" project.

Since that first group of young students followed the dream that God put in their hearts, over 1,100 people have found new life in Christ. Every week, countless people are encouraged by Pastor Mitch’s uplifting messages, families across the Triad open their homes to others to study the Bible and share their lives in small groups, and many team members devote themselves to doing whatever it takes to serve residents of the Triad.

Through it all, the church remains committed to helping all people find new life. The dreams of that first small group have been met and exceeded, blessed by God in ways they could not imagine. And still, we know that the best is yet to come.

Piedmont Chapel exists so that all people find new life in Christ.

Follow Us
Facebook
Instagram
YouTube
Email Us
Digital Invites
336.601.2770
Get Involved
Step One
Join A Group
Serve On A Team
Connect Card
RightNow Media
How can we help?
Worship With Us
In-Person
Online Experiences